...yes, that was supposed to be us. We were supposed to leave yesterday at the crack of dawn to start our drive to Telluride, spend last night watching the sunset and drinking wine from our the porch of friends in Taos and then lazily climb our way up the mountain to arrive at our destination for dinner. We'll be staying with Moon Bear - that's Christopher, Seth's boyfriend. Craig arrives - uh, yesterday. Yep, we're behind in our travels.

Oh, have no fear...we'll be leaving today. We'll drive like the wind, that's Evan's specialty even when he's sleep deprived from putting up a last sign for a client. And on the way, I'll complete the work on my course syllabus and write the toast that I'll give at Seth's party. Yes, it's his "retirement" party. A huge blow-out of a party. I met Seth in 1980 when we were both teaching at the same small, quite new, private Episcopal high school in a rented building in Cabin John, Md: St Andrew's Episcopal School.It was a magical place for students and teachers alike, but of course, like all schools, not without its problems. Now, they are like a country club, with an endowment and a lush, sprawling campus out in Potomac.

Anyway, I was straight out of college and freshly back from studying in France - a degree in French and a diploma in Secondary Education led me to answer an ad in the Washington Post for a teaching position in a small private school. The minute I sat down in front of the headmaster, Dr Borg - a wonderful man, he informed me that the French teacher had changed her mind and wasn't leaving. Could I teach Latin? (Well, I HAD taken Latin at Gettysburg although my professor was a drunk) Could I teach a course called Introduction to Languages to 7th graders? Basically, a course in Latin & Greek word roots, Etymology 101. Sure, I could do it. Could I teach Music Appreciation? I guess so. I had played the flute in high school. A month later: could I teach Spanish? Mrs XYZ had left screaming out of the classroom and they saw on my transcripts that I had taken it in college. I actually put my foot down when they asked me to coach field hockey (I did coach girls' basketball and volleyball, however) but not before I taught the last semester of Shakespeare to 10th graders and had one gifted student who qualified for Advanced French.

But a few months into that first year at St A's, Mr Phillips - the pain pill addicted Science teacher - was found out. The students used to say that he would disappear into his 1970's blue Chevy when he wasn't teaching and would fall asleep there. So, Dr Borg fired him, place another classified ad and here came: Mr Berg - the vintage tuxedo wearing, afro sportin', Jewish kid - fresh out of Oberlin.

Seth had been there about a week, and I, having just finished a lesson on the word root "homo" and building combinations with a bunch of howling 7th graders, was gathering up my "desk" (we all shared classrooms), as he paid me a vist. He sat down at in a kid's spot and quite seriously asked: "So, how do you keep them in their seats?" It was at that moment that I realized we were both the youngest, inexperienced teachers there - hired out of the newspaper want ads - and entrusted with these kids by the Patron Saint of lost causes, Dr Warren Borg. Seth and I bonded that day, needless to say I taught him all kinds of tricks on how to keep 12 year olds seated (!). He and I became fast friends. We went on to host an annual Beach Party every summer for the graduating seniors, chaperoned kids to concerts like the Grateful Dead and the Rolling Stones when their parents didn't want to go, introduced the older students to the worlds of picking vintage clothing and performing drag queens, he sang with the kids in a rock band and I in a musical...but most of all we shared with them our love of learning and our passions for the subjects we taught. Seth left St Andrew's after a few years and went off to teach at Burke Mt Academy. I stayed at St Andrew's and took kids up there during spring break to ski. When I went on to grad school and later design school & work in Paris, Seth visited me often. We made movies each summer and started Red Gun Productions with Craig, Alec and Edie. We traveled through France, the Netherlands, Italy and Spain. He was a "bridesmaid" in both of my weddings, took care of me when I had cancer and is the favorite "guncle" to my twins.

And throughout it all - he has remained a very, very best friend of mine. So, we are going to Telluride to celebrate the "retirement" of Seth aka Mr. Berg, aka ICE of Ice and the Bergs, aka the 2008 Colorado TOY - Teacher of the Year, after his 30 yrs of teaching. As I also celebrate our 30 years of friendship. 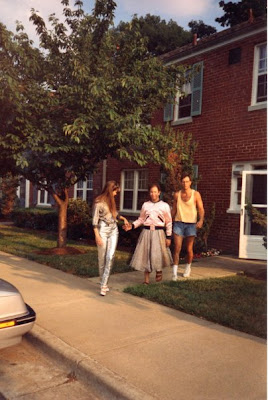 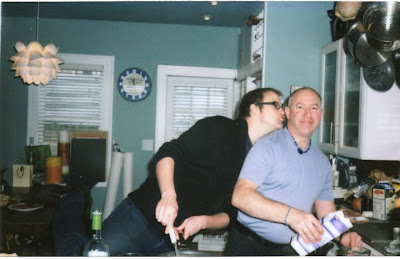 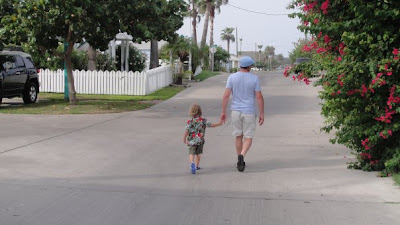